Revd Dave Howard has served APF as a trustee since the outset. Here, he reflects with gratitude and looks forward with optimism.

“APF was born out of a vision which God gave Derek and Jill Blundell in 1981. In those days there were two sorts of Christian overseas agencies: overtly mission societies who went out to convert, and relief organisations that provided aid. The genius of APF’s vision was realising that supporting the indigenous church could be more effective in spreading the gospel. Amazingly, no-one was doing that!

“My own involvement in APF was by accident. I became vicar of the parish in which APF founders Derek and Jill were active members. My commitment to APF was cemented when I travelled to Malawi sometime later with their successors, Ralph (pictured above) and Jane Hanger. A pastor told us he had walked “40 miles” (meaning a very long way) to attend some training. Ralph noticed that he had not brought his Bible and the pastor explained that as there was only one Bible for his entire church congregation it was better to leave it behind for their use than to bring it with him. This struck me deeply. Resourcing marginalised but dedicated church leaders like this man remains a driving force for my involvement as a trustee.

APF has changed over the years but meeting the needs of the local church in Africa has always remained the focus. As the world has changed, some of those needs have changed, but APF has adapted to meet them. In the early days, APF sent books and sewing machines to pastors and their wives, provided training courses and, of course, the thing with which APF became synonymous: bicycles. APF was the first to see that such basic help could transform the lives and ministry of pastors.

“The aim remains the same – to equip pastors to be the best they can be in their ministries under God. Now that many pastors in Africa have access to the same mobile internet technology we enjoy in the West, APF is responding with exciting new projects like eVitabu, whilst continuing to provide basics like bikes, local language Bibles and solar power. It is sobering to think that when APF was founded, mobile phones were still several years away in the UK! APF members can be proud that once again, under God’s guiding and providing hand, we are pioneering ways of enabling African pastors to fulfil their Christian ministries. 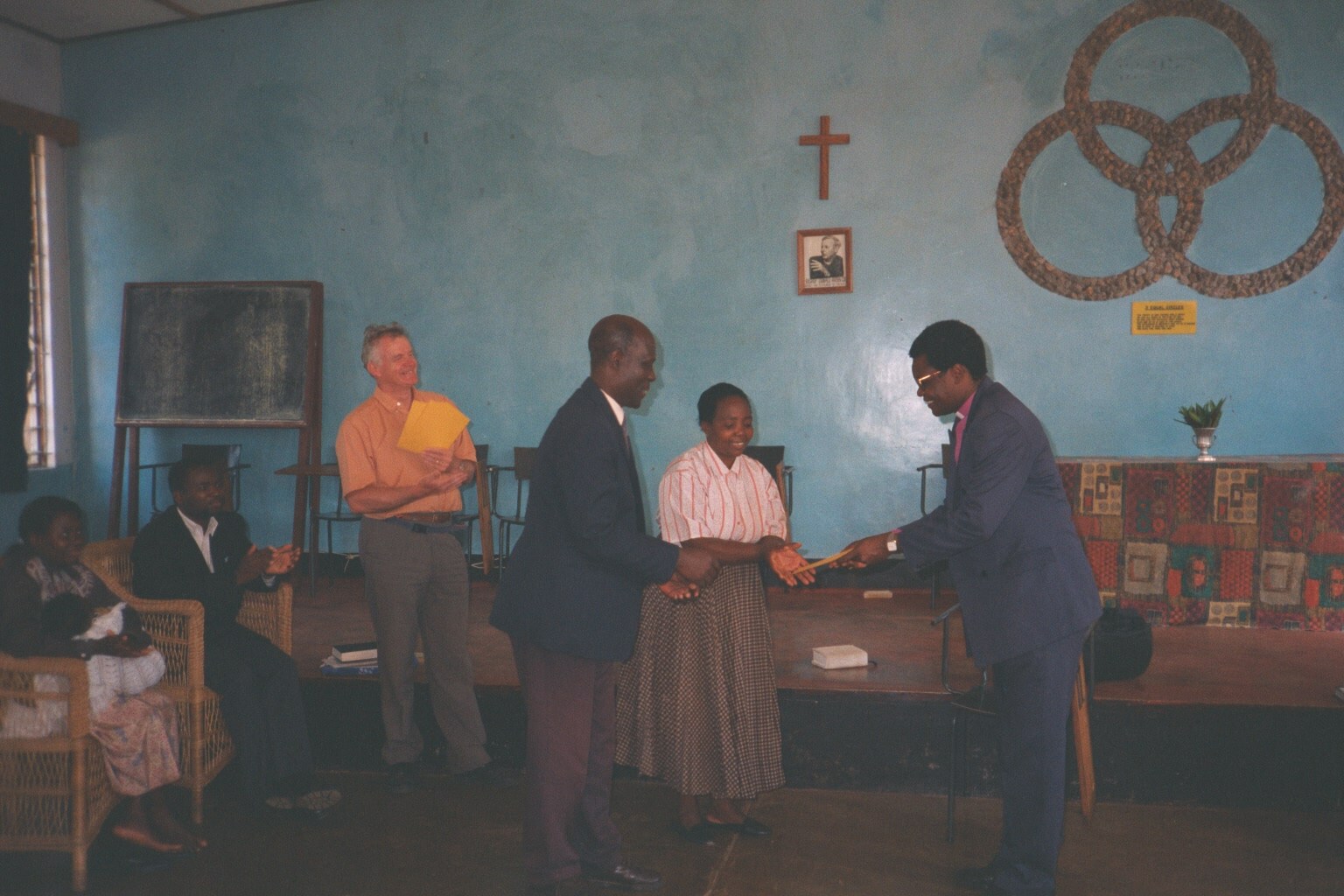 “Please join with us in giving thanks to God that, 40 years on, APF is still fulfilling its God given vision. We are grateful to the various directors who, over the years, have brought their differing gifts to bear on the work; to supporters without whose generous donations and prayer support the work could not have flourished, and to our dedicated African partners who give so much of themselves to their ministries.

“And above all, we thank our gracious heavenly Father who has been faithful to this work even when times have been tough. We join with St Paul in his words of thanksgiving: ‘Praise be to the God and Father of our Lord Jesus Christ who has blessed us in the heavenly realms with every spiritual blessing in Christ’.”

Give thanks for APF’s extensive network of partners in Africa who often work with few resources and little access to training or materials.

Pray that as APF continues to serve these dedicated but marginalised leaders, we would help them fulfil God’s call upon their lives.