“I Only Wanted to be an Accountant”

Grace Christian Fellowship Network of Liberia (GCFNL) is a small group of evangelical churches. The group has grown out of Central Christian Assembly Church, led since 2000 by Pastor Clinton Gbawoh. Clinton was the first pastor from West Africa registered on our eVitabu app. Recently, he wrote to us telling us about how he became a pastor. 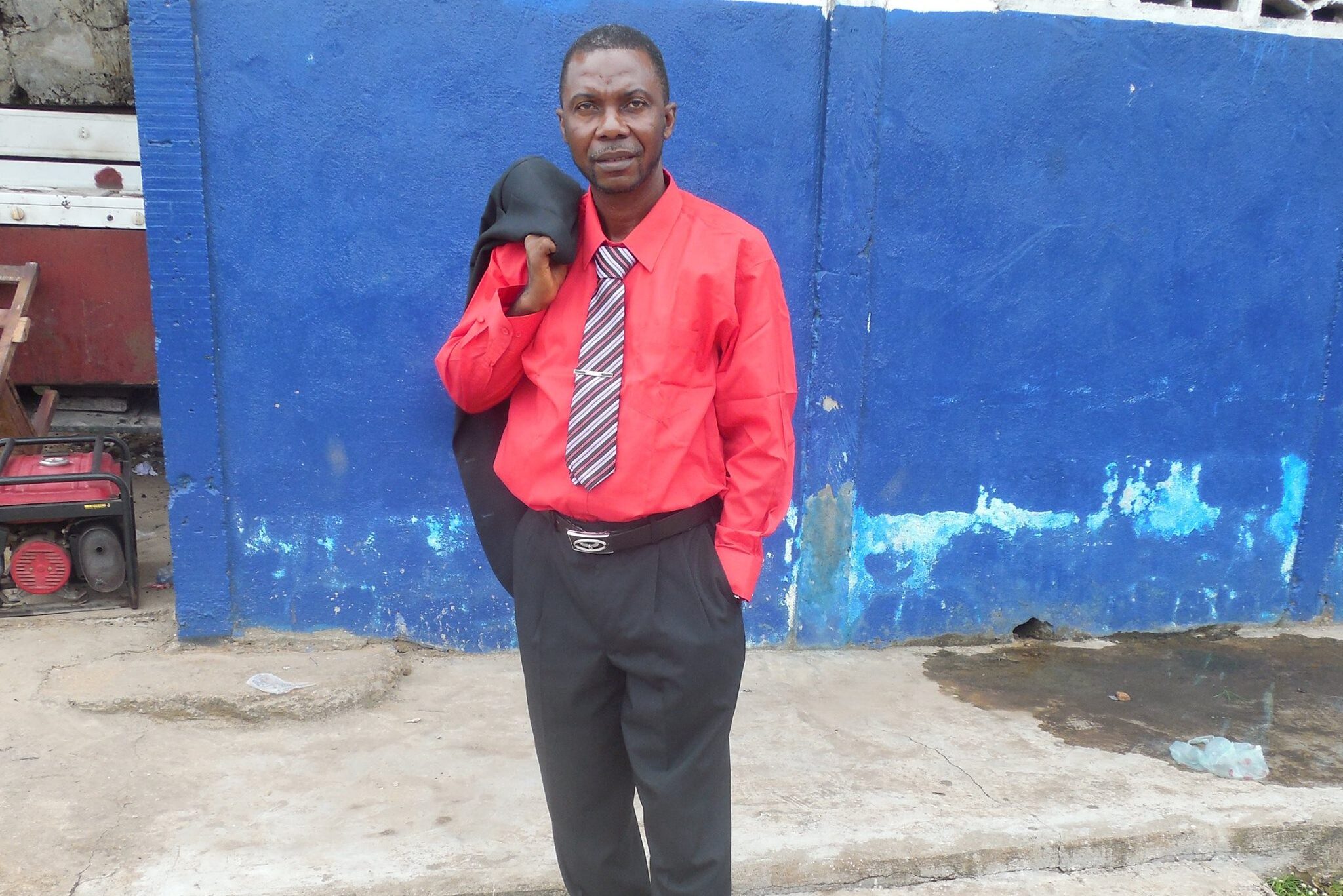 My father had two wives but neither of them could have children with him. He was told by an elder woman that as both his wives had been married to other men before, he had been cursed. This hurt my father greatly.

Although he was not a Christian, he went into the bush to seek the face of God. He swept clean the ground under a palm tree and stayed there for a whole day, fasting and praying. He asked God to give him a son so the curse would no longer be on him. When he came home, his wives asked him where he had been, but he never told them.

One month after his fast in the bush, my mother became pregnant. I was born nine months later. I was given the name Targbasay which means ‘The story has changed’. The man who could not produce children now has a boy-child. I was also given the name Clinton. In those days there were not many English names in Liberia except for John, Joseph, Peter and James. Those were the names from the Bible that the American missionaries brought in the 1800s.

When I was young, my grandmother took me and brought me up in her home. She was a great pastor.

My grandmother wanted me to go to school so she took me to the General Overseer of an American mission. I was accepted into the school and in 1980 I was baptised there. After I graduated from school, I stayed with the American missionaries to learn how to be an accountant. In 1988, during my studies at the mission, I received the call on my life to be a pastor.

In my vision, she told me to pray for the disabled man. When I did, he immediately started walking.

After I woke, I wondered what this vision meant. Praying, I heard a voice saying that I was to succeed my grandmother in the future. I was not happy at all about this. I did not want my grandmother to die because I loved her so dearly. I only wanted to be an accountant.

Soon after, I had another dream. This time it was of a big convention hall filled with people. My grandmother was called up to preach but again she said that I would do it in her place. In my dream, I preached and the Holy Spirit fell on many people.

After I woke up, I wondered what the meaning of the dream was. Again I heard a voice. The vision and the dream meant the same thing, it said. I would follow my grandmother as a pastor.

Only one year later, our country fell into 14 years of conflict. It was during this war that my grandmother called me and told me to kneel. She placed her hands upon me and blessed me, saying that I would take her place as pastor. My grandmother died in January 2000. I became a pastor just four months later, graduating from the Wesleyan Bible College of Liberia.

From very humble beginnings in the forests of Sineo County, I now lead Central Christian Assembly in Liberia’s capital city, Monrovia. The church is part of a small network called the Grace Christian Fellowship Network of Liberia. I also chair the board of the Association of Evangelicals of Liberia. In 2019, I represented the network at the Evangelical World Alliance convention in Indonesia. 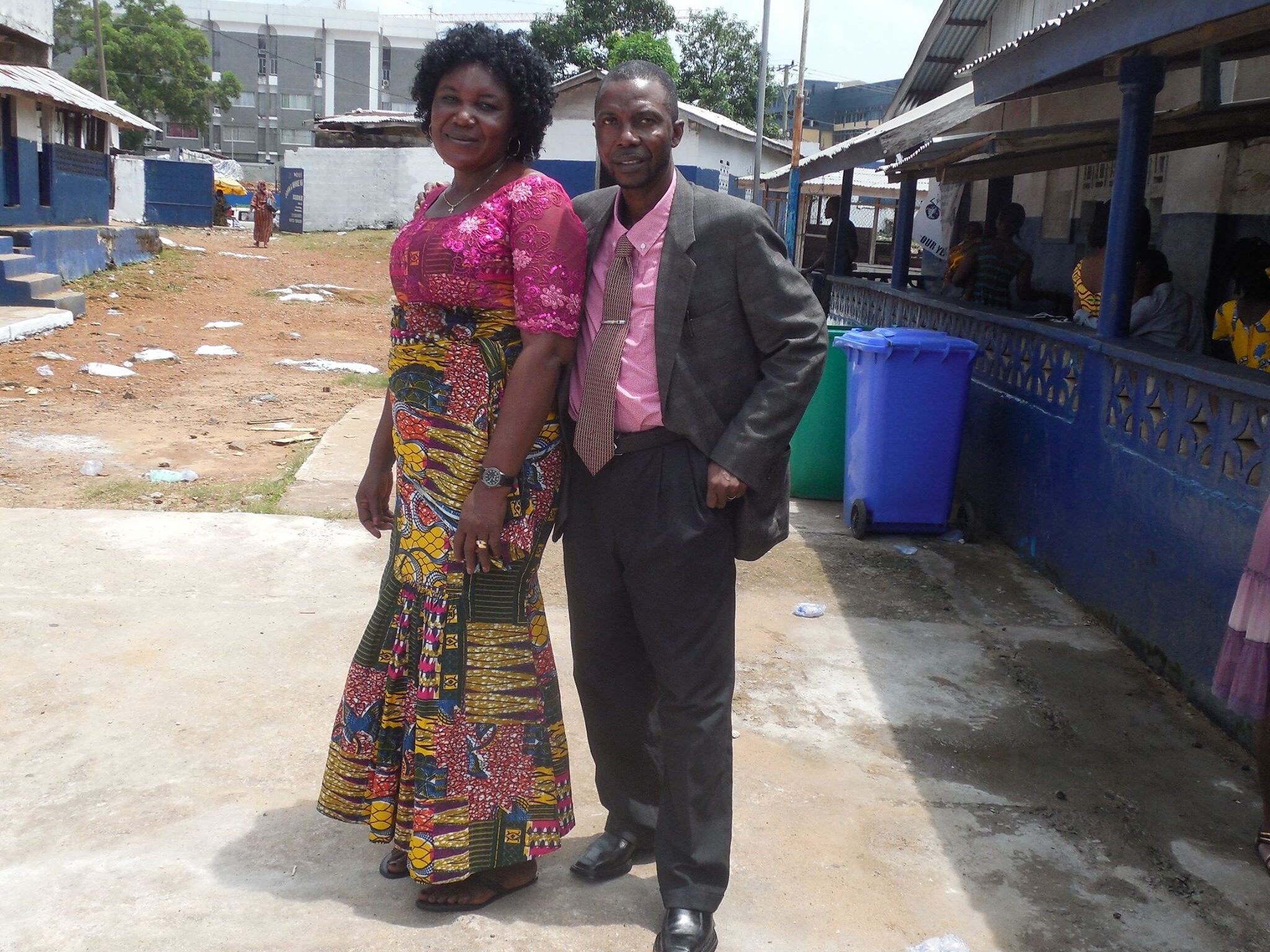 ”“With thanks to APF we had the financial support for our network conference. It was a worthy time and we do appreciate it.
“The conference happened for three nights with over 700 people attending each night. In total, 2,230 people attended. The theme of the conference was, ‘In Times Like These’. We used Matthew 24: 3-25 as inspiration. Pastor Sunday Gbamokolie preached the first night, Pastor Margate Wilson spoke the second night and Pastor Robert Taylor spoke on the third night of the conference.
“On the fourth day, we held a leadership workshop. This covered two main topics. The first was the responsibilities of church leaders and the second topic was ‘Tentmaker’. I led this part. We used various passages in the Bible to discuss how church leaders should seek to support their ministry and missional activities financially through the work of their hands.
“Please keep us in your prayers as we will be celebrating our network’s 15th anniversary this year. Pray for safe travels for all the delegates that are coming for the various gatherings and for the speakers so the Holy Spirit will speak through them.
“God bless you all in the precious name of Jesus Christ. We pray that our good God will continue to work through APF and ourselves in the country of Liberia.”