In rural Africa, drought, flooding and poor soils means people frequently go hungry, often going to bed without eating. In Malawi, when Alice Cheda’s crop failed, she found paid work but food prices increased so her wages put virtually nothing on the table. Desperation forces some women and girls into prostitution risking social stigma and HIV/AIDS. The young suffer most. Malnutrition causes children’s bodies to waste increasing the likelihood of disease. In the long-term, problems like stunted growth impact both this generation and the next. Paying school fees for his children became impossible, but no one learns with an empty stomach.

Normally, traditional systems of borrowing and loan repayment help farmers access cash for food medicines, weddings, or funeral costs. But when no one had enough, village loan systems fall apart. Some farmers sell land off cheaply to buy food, reducing their ability to grow enough in the future. Paying school fees becomes impossible, but children can’t learn with empty stomachs.

The Growing Greener project started in Malawi where Pastor Lloyd Chizenga and his team from New Life Christian Church are passionate about improving farming. With support from APF and Operation Agri Lloyd’s team is training local communities to adapt their agricultural practices to meet the challenge of a changing climate and poor soils.

The techniques are simple: creating planting stations, making compost and organic inputs, not burning last year’s stalks but mulching instead. These techniques improve the soil’s structure and keep precious moisture in the soil so more food can be grown.

These techniques are also radically different from traditional farming methods. Ruth Fabiano explained how her friends laughed at her for trying out the things Lloyd’s team had taught her. But when harvest came, her friends were amazed. Matteus Marle said, “At first, my neighbours were suspicious of witchcraft but I explained I had learnt this from the church. Now after seeing my crops, they are ready to copy me”. 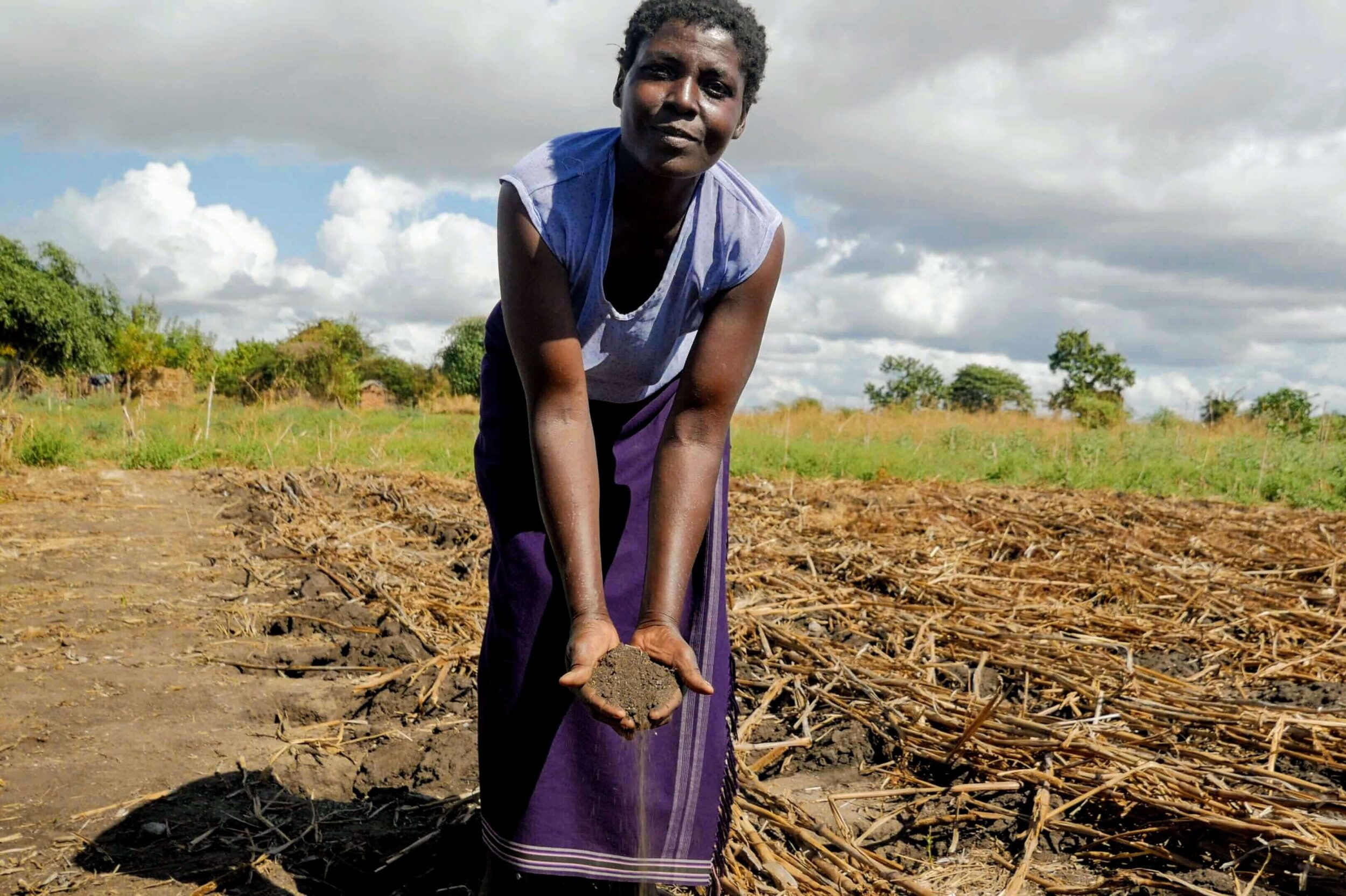 Johann Tobias’s increased yields have given him confidence. “We now have stores until next harvest. We can even sell when prices are higher”, he explained. Agnes Ganyenje said, “Now my children can stay in school because we have enough to eat for the whole year”. Pastor George declared, “I love this project! It is helping our soil and reducing my poverty”.

For Lloyd, this is all about the local African church serving the community. “Because this project is run by the church here in Malawi, it has a big impact”, he explained. “As a church, we are bringing light to the community, but all this is happening because of your help”.

Give now to support Lloyd in Malawi and other APF Growing Greener projects in Uganda and Zambia.